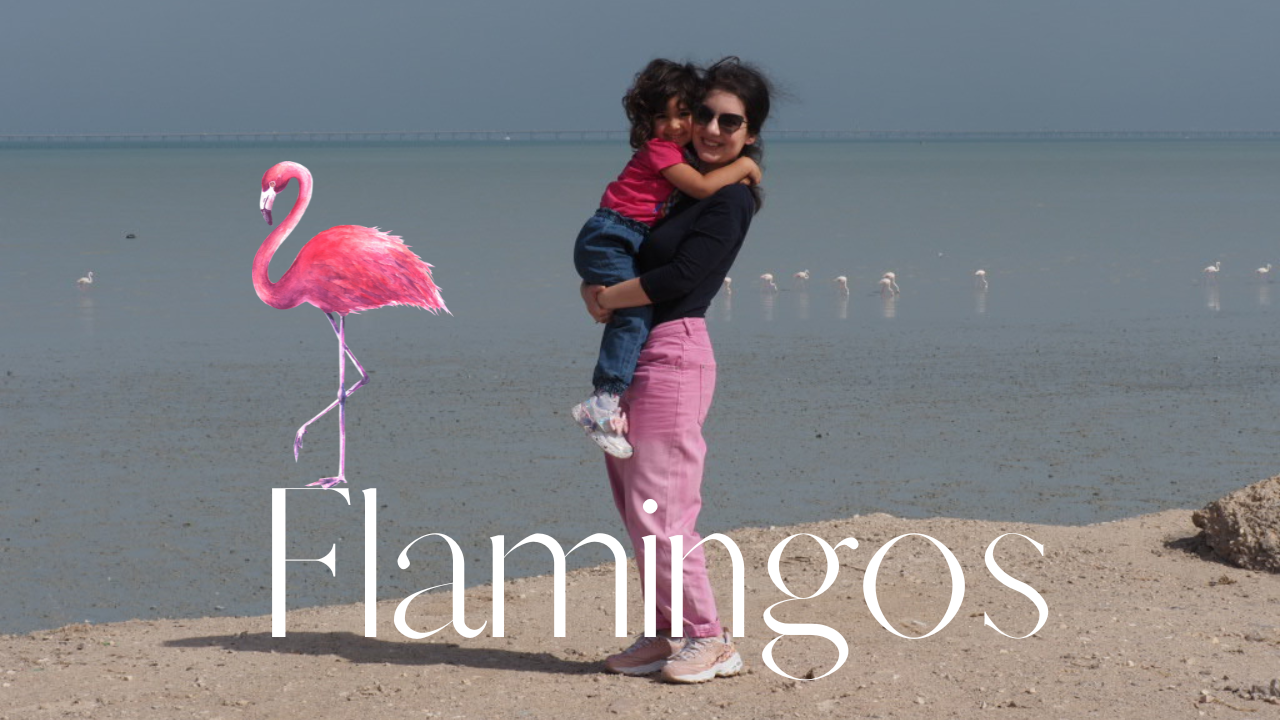 Over the weekend, we decided to look for flamingos in Kuwait. Since winter is approaching, there are lots of exciting outdoor things to do now.

Flamingos migrate to Kuwait starting early Fall and stay until Spring, so it was the perfect time to see them.

We drove to the Sulaibikhat area where they are most commonly spotted. Once we arrived, we couldn’t see any and I was squinting trying to catch sight of them. I saw what looked white specks from afar. We used our daughter’s binoculars to zoom into the sea and there they were! It was so exciting to locate them.

There was a way to drive closer to them over empty sand lots and bumpy paved pathways until we reached a small cliff overlooking them with a better view.

The flamingos were moving in flocks along the sea further and further away along the shore. The higher the tide, the closer they are to the coastline. The high tide that day was at 6.30am, and we arrived at 10am which meant the tide had already receded a little but not completely. The low tide had started at 1pm that day and then high again at 9pm.

It is important to check what timings the tides start as each day is different.

Arriving super early when the tide is high is favourable as the flamingos will be in close proximity, however, since we arrived at 10am we could still see them fairly near.