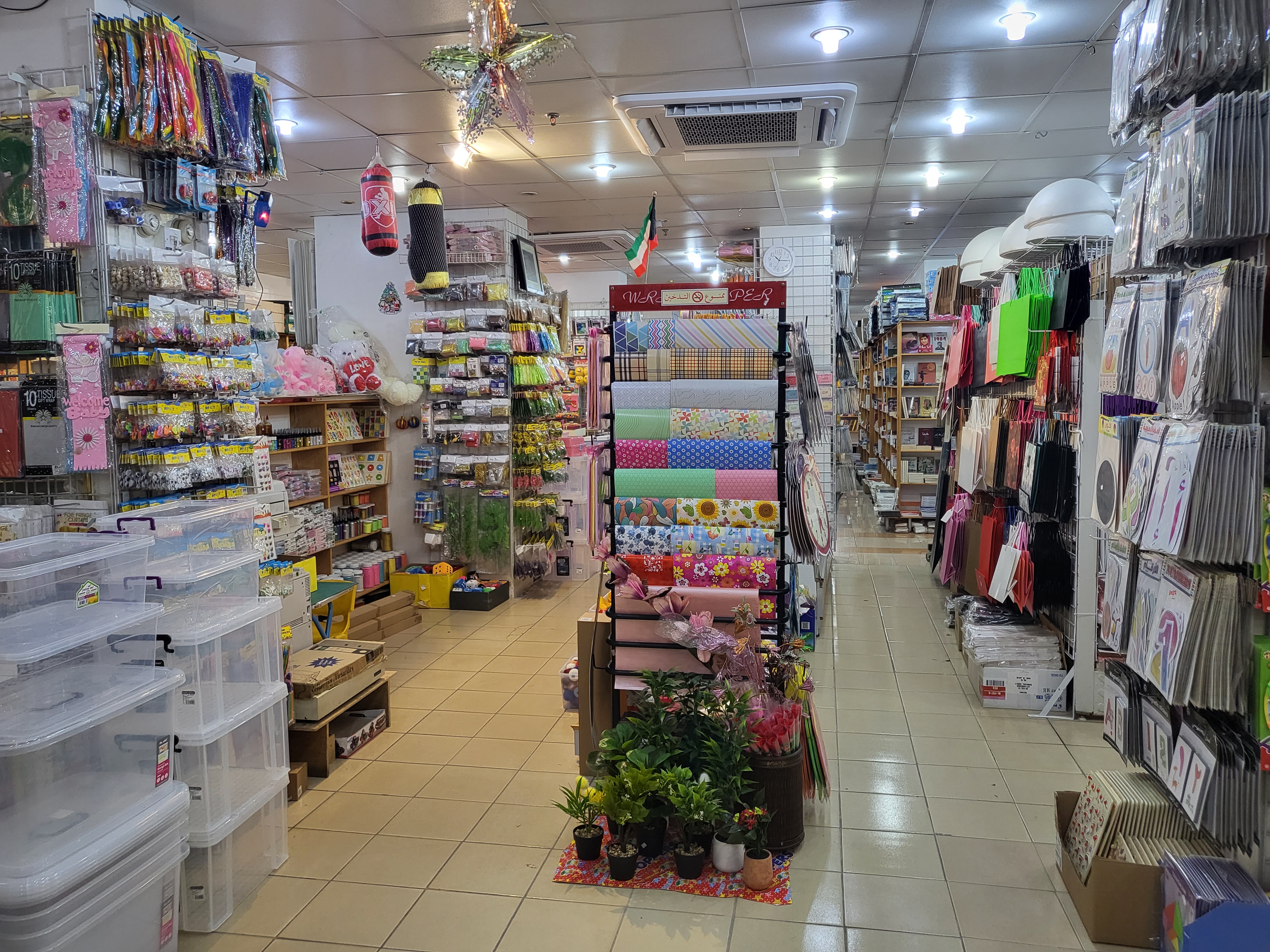 I’ve admitted it before, but I have a major affinity with stationary. If I were to splurge, it would be on office and crafts supplies, cute notebooks, stickers, pens and so on!

I decided to take a couple of trips to some of Kuwait’s stationary supply shops, both bigger and more well-known ones to old stationers tucked away in various areas.

This post is about Al-Eshraaf Co. store located in Fahaheel. As expected, it occupied a place surrounded by shabby and rundown buildings, shops and restaurants. But for some reason, sometimes it’s these kind of vicinities that reveal interesting things.

There were a lot of outdated book selections from the 90’s to early 2000’s, which I found fun to look through as they reflected the importance and novelty of certain things in their time.

If you’re looking for a pretty nice place for arts and crafts supplies, this stationary shop is a good choice!