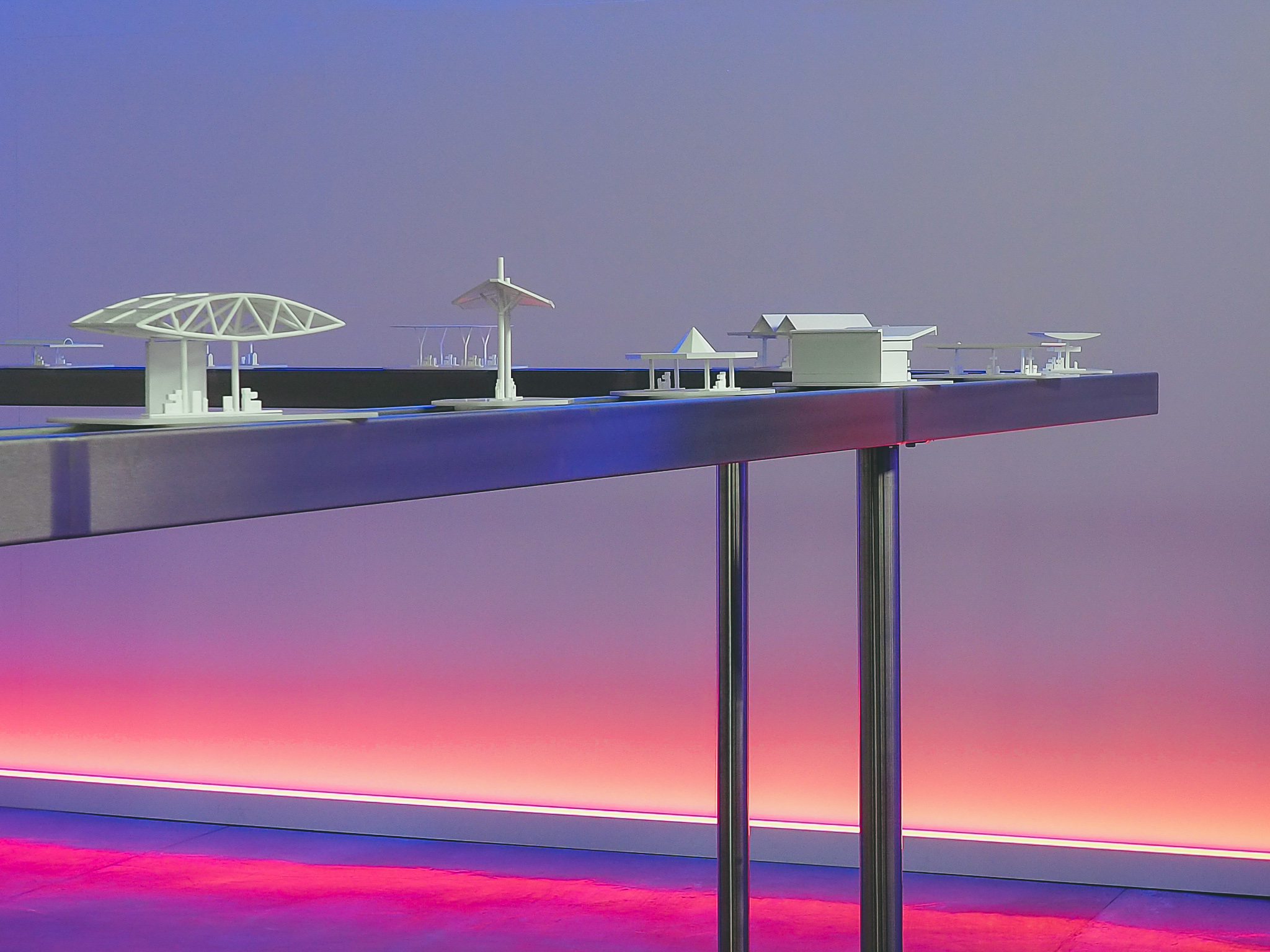 I have decided to go on a long spree around Kuwait’s art galleries to check out the current art scene.

Today, I decided to visit the Sultan Gallery, which is located in the industrial area of Subhan city.

The gallery was founded in Kuwait in 1969 by the Sultan family, with the purpose of bringing together artists and intellectuals to explore and address various aspects of Arab Society through contemporary art.

The current owner is Farida Al-Sultan, who has been working with a range of artists to advance the “discourse of art” that’s steadily emerging in the country. Based on my conversation with the gallery owner, she is keen on supporting rising artists around the Middle East and Kuwait, particularly drawing the youth to partake in the art scene too.

At the time I was there, an exhibition was in place on the topic of “Q8 Gas Stations” around European continents. The primary goal is to tell the story of the stations and their role in branding Kuwait abroad.

There was an exert in one of the books at the exhibition that read:

“For Kuwait, domestic policy became foreign architecture – the creation of a Kuwait abroad through a network of gas stations and oil infrastructure to build demand and secure a market for Kuwaiti oil. The gas stations would sell the Kuwait name and product, but there would be no Q8s in Kuwait, nor any political or social involvement in the country – as a result, Q8 was purely a foreign architecture with the aim of supporting the country – but otherwise invisible to the average Kuwaiti. The adoption of Q8 as a brand meant that Kuwait had to be simultaneously sold to the European citizen yet not to be so flagrant as to brand itself as Kuwait. The choice of Q8 was to then attempt to find a middle-ground, a form of soft-nationalism where one is both exposed to the idea of Kuwait, but without the over-bearing associations of an exported national identity.”

The exhibition imagines the future of these gas stations for the years to come in terms of a changing global citizen and the changing idea of Kuwait at home, as well as the idea of Kuwait abroad. This photo depicts a possible re-imagining of the Q8 service station in countries across Europe.

Interestingly, in 1979, a British-Irish comedian called Spike Milligan started a BBC comedy series called The Q. Each episode was titled Q1, Q2, Q3, and so on. The episode Q8, played on the fact that it sounded like the word Kuwait. The following year the Kuwait Petroleum Corporation was formed, and decided to adopt the moniker ‘Q8’ for its petrol stations.

Some snippets of the exhibition…