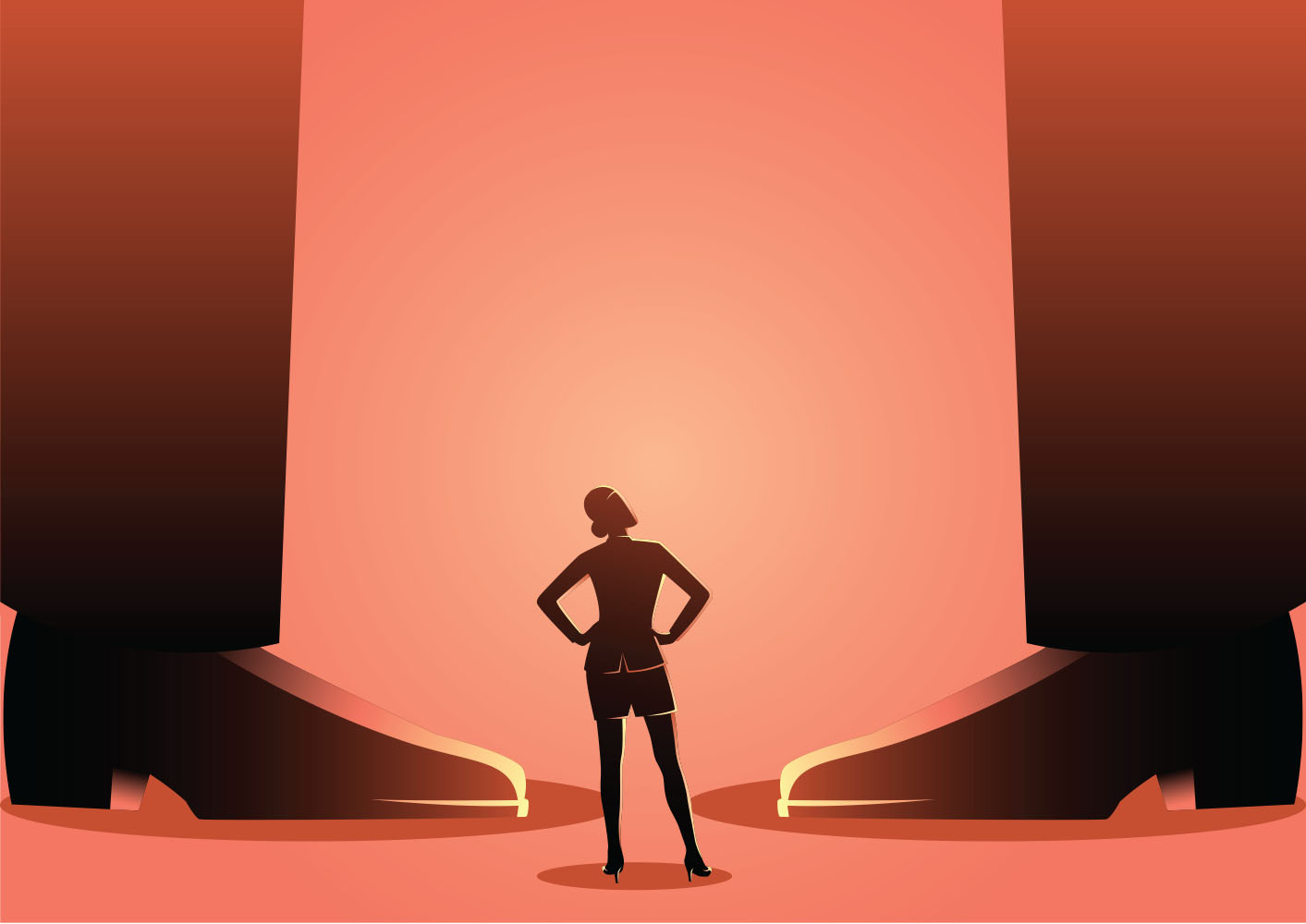 I would like to address an issue, or rather, misconception that I commonly hear when it comes to the topic of inequality between men and women. This topic seems to agitate both genders, especially in a seemingly patriarchal society such as Kuwait. Male-dominated societies are most prevalent particularly in the Middle East, which is where I live and that is why I am going to refer to this region the most.

So far, I’ve heard of many definitions and views on inequality and the topic has been discussed repeatedly. But, I would like to explore it myself and voice my personal stance on this subject.

Gender inequality, which is not synonymous with feminism, advocates that women should share the same opportunities and respect as men. Wait a minute, let me rephrase that! Men AND women should share the same opportunities and respect within society. I had to make that clarification because even with the term Gender Equality, we still tend to refer to women when in fact it means equal opportunities for both genders and overall not letting any form of “sexism” act as a constraint in a social or cultural context.

Some men would argue that if women want equality, then they should change the tires themselves if their car breaks down, carry heavy bags on their own without mens’ help, or start doing other roles that are usually dictated to men. Yes, men have said that! That already is a misconception itself because inequality doesn’t emphasize physical equality as that enters biology. That’s all common courtesy. There will always be differences between both sexes, you can’t make them exactly the same in everything and this is also hardly the case in Kuwait. Men in general are wired differently, but I don’t need to tell you that. Men and women are different sides of the same coin.

What’s actually meant of it is, why is a man preferred for a standard office job over a woman? I’ve been faced with that on one occasion from a reputable telecommunications company in Kuwait and they even admitted that they prefer a man for the Marketing role. Although in other cases I would personally never agree to work for a female boss and prefer men (there’s just too much unnecessary drama, jealousy, competitiveness and snake-like behavior but that’s a different story). Women want equally the same strong if not stronger career as men, and that’s great. But then again, if a strong career to support a family is NOT what a man is – what is? If I continue down this path of discussion, the blog post will read like a book.

Also, why is a Kuwaiti woman who smokes still considered indecent? Like inhaling a roll of tobacco somehow defines who she is and her morals. There are some things like this that just don’t make sense and shouldn’t be judged upon. There are more examples that are ingrained in our society and we sometimes stop questioning them altogether because they are internalized by many. It seems that even with discussions about gender equality, women seem to be the main focus and that’s why feminism exists.

Men aside, here come the women with their feminism. At first, I was wondering why females who claimed the title of “feminists” seem to be automatically associated with “man-haters” when in fact, feminism is such a broad term. But then I realized that there’s a growing number of women here who actually believe in this definition. They are usually young women who are upset about the other gender and have either never found luck in love, faced failed relationships and had bad encounters with men. It has turned in to some kind of trend as I see it more often through conversations on social media where they are now constantly dropping the “F-bomb”. Suddenly, men become the bad guys and they advocate that they don’t need one at all in their life and should be thrown from a cliff! To each their own, you just haven’t found the right one, so stay calm and hold your horses! We live in this world in harmony, no gender is more irrelevant or unwanted than the other.

Also, why should women have to shave for men? I didn’t know that was done solely to please them actually. All of a sudden, these women from around the world start coming out with hairy legs as if to reclaim their rights to unshaven body parts. I mean, it really comes down to aesthetics and hygiene at the end of the day. You can go ahead and stop shaving, no one is forcing you to! You have just internalized the concept yourself, just as we have internalized that dresses and skirts are for women.

The constant bashing of men and blaming them for so many problems is equally as concerning and even silly because it’s generalizing and misusing the term “feminism”. Perhaps some use it as a cover for misandry? I really don’t know. However, it’s clear that women’s specific views on these issues are rooted deeply in their own personal and direct experiences that they immediately take out on the entire male population. I wonder, if a man does decide to help you with your flat tire, would you see it as an act of courtesy? Or is it a sexist insult to her strength and competence? That’s why I say that feminism is such a broad term that is misinterpreted by many and has devolved into something it’s not.

Regardless of the individual feminists who do in fact hate men, feminism if distilled down to it’s core in a much broader sense, isn’t even about being equal to men or stepping up to achieve what men have and trying to be “stronger” than them. It focuses solely on women, their liberation all over the world from the harsh misogyny that continues to harm and oppress them. Indeed, women have gained a lot of rights in the past century, but still aren’t held in the same regards as men. Women had no right to vote, a lot of things were and still are considered shameful if a women does them, and until now, some women can’t leave the house un-chaperoned by a man. They still do lack a lot of basic rights in under-developed countries. The male superiority is still there in many occasions, I’m not denying it or complicit of it. Times have changed though especially in my home country, Kuwait, which is deemed “most democratic” of all it’s Middle Eastern neighbors and generally women aren’t oppressed or that disadvantaged, but that doesn’t mean there aren’t existing flawed societal standards and ideologies especially considering that its only been 15 years since women have been granted the right to vote which is quite recent!

I don’t know what kind of feminism is running rampant nowadays, but it certainly isn’t the feminism that’s meant to make women more independent or empowered as done by female activists fighting for a worthy cause. Young women now champion petty things and call it being a feminist which in modern terms comes off as anti-male. Being bitter about the whole situation also doesn’t make women any more empowered or happy!