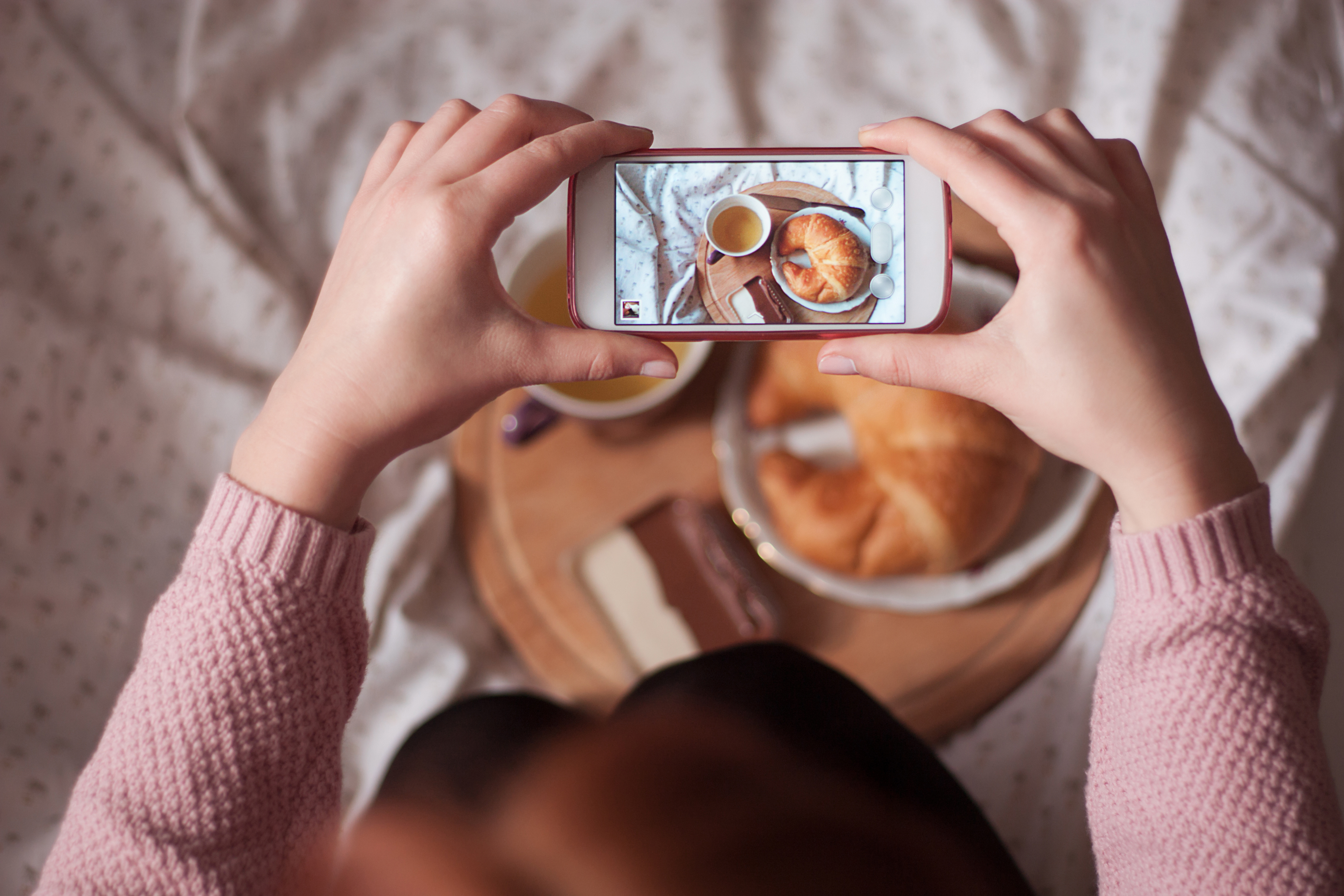 It seems that with the ongoing rise of social media, particularly Instagram, everyone feels the need to call themselves an expert on something.

When was the last time anybody ever just simply posted a random moment from their life? Those casual, candid and spontaneous captures? Most if not all people are losing sight of what Instagram was originally about. Honestly, I miss that about social media myself. Now, it has become a playground for advertising and self-promotion, to the point that I get physically nauseated at the endless scrolling and sponsored posts passing me by.

It’s not ALL bad though. Instagram can be a good source of information, a way to share beautiful photography, and connect. But all these good things are being replaced by marketing, online shopping, and some kind of indirect promotion to the point that people have ceased to become just people, instead, they want to become walking advertisements and constantly try to project a certain image of themselves that they can later sell and earn money for. They can do that if they want to, but why does every single simpleton and joe have to become that now? Let it happen naturally. Just do what you love. Don’t force it and pretend to be someone you’re not.

This leads me to the title of my post. It’s ridiculous how some social media users try hard to appear as an expert on a topic, just to earn trust from their followers and potential brands. There are “experts” on fashion, food, sports, and whatnot. Some people can be talented in these areas and there is nothing wrong with showcasing their passion towards a field. They could be professionals or just serious hobbyists. But what does it even say about society when it’s reached to the extent that influence becomes more powerful than expertise? It appears that your status (number of followers) becomes increasingly more important than knowledge. On the other side of the spectrum of professionals, there are those who don’t belong where they claim to be, and you will see what I mean further ahead. I am mainly going to focus on food because that is the current trend I am seeing.

If you’re living in Kuwait, you are probably aware of the huge amount of foodies here. Food is a craze in the country, the dining scene is exploding, and eaters are hungry to try the rising number of new restaurants. With that, there’s a volume of “self-proclaimed” food bloggers. Now, let’s dissect what this really means.

If you look up anything about food reviewers, you would mostly likely find that they are professional journalists usually with a degree in Culinary Arts that write for a large publication. They understand how to write skillfully about the flavors, sights, and smells of what they are eating, which is NOT easy, and they tend to do this for a living. They are good at critiquing the meal in front of them and describing the complexities of a dish and it’s ingredients.

Now that we are clear on that, let’s backtrack to the food bloggers on Instagram, as there is a big difference. Since when does having a Nikon or Canon in hand, a huge appetite, and a social media account, make you a “food reviewer”? You can be a personal food blogger which entails keeping a journal about the food you cook at home, what you enjoy eating, or about the restaurants you are visiting. As long as you know how to “write” about it well, then yes, it’s called blog because you are storytelling.  If you’re just posting appetizing photographs, and placing a rating of a restaurant with information on what you ate, this is NOT a food blog nor is it a food review, even if its coming from a good place within you because you love food. What are these people then? They don’t know how to write about what they are reviewing, yet they want to be perceived as experts on what they are eating and expect to be received this way in the eyes of the online public.

Ok, you enjoy food and are crazy about eating, so am I! You can definitely share your love for food however, please just don’t act like a “food connoisseur”. Mind you, thousands of people are following these guys and viewers actually take your word for it when you attempt to critique a restaurant like a judge on “The Next Big Chef”.  Why should I trust your restaurant review when you are working in a corporate office somewhere in the day and in the night, haunt for dining places to “review?”

Who is this stranger claiming to be a food blogger? What is the meaning of what you are sharing? And you have thousands of followers! This also goes to show that visuals alone SELL. Nowadays, thats the first thing that people care about when they order something, even myself. I always prefer menus with photos. But thats not the entire point!

Let me get to my second point now. These so-called “food bloggers” approach restaurants and even high-end ones from luxury hotels, asking to be invited to “review” the menu. They expect to come in free, and on top of that demand to get paid. When I worked at a certain company, I dealt with some of the food bloggers in Kuwait occasionally and some of them have an inflated ego with self-entitlement. They are actually asking to be paid for their “expertise”.  There was a particular, rather popular, Kuwaiti food blogger I dealt with who, on the first few invites, accepted to come and dine and not charge for his “services” as “a favor”. Please. After those first couple of times, he literally began to angrily request that we invite him to the more expensive restaurants and demanded to be paid. Seriously, who do you think you are? He actually made a big fuss about it! All he does is post a quality photo of the places he eats at, puts a restaurant bio, opening times, and a few words about what he ordered. Usually, we would do follow up calls as well to ask about the dining experiences, and he had the audacity to nitpick the dishes he ate like some kind of pro. If I didn’t like a dish, let’s say the meat was slightly undercooked or rubbery, of course I would point it if out as feedback to the restaurant too, as any customer would. But you are a “food blogger” with thousands of followers who is sharing your opinion like you have a license to be referred to as a food critic.

I have shared plenty of food reviews on my blog but I don’t call myself a food reviewer or blogger because I’m not. I’m simply sharing my opinion of an experience, just like with anything I liked or enjoyed. People like to read about opinionated pieces. But at what point does one demand to be paid to write just an opinion with no professional culinary background and expect to be credited as a food blogger? That’s the equivalent of a deaf person claiming to appreciate good music. You simply don’t know how to respect true gastronomy, and I wouldn’t be surprised if you even knew how to cook, yet you tear down a restaurant with a single post or tweet criticizing a PROFESSIONAL CHEF! Next, you will go to a Michelin-starred restaurant or try a cuisine not native to you and nitpick what you ate there too without even understanding what you are eating for the first time, because you don’t have the experience nor gastronomic capacity to be a consultant on food. Actual food reviewers travel globally to experience a wide variety of flavors and cuisines. They have a scope to rely on which is called experience.

So many of Kuwait’s bloggers are also called “innovators”. Taking an already well-known Korean concept called a “Mukbang” to your country for instance, is not an innovation nor are you a trend setter. You are simply following an already existing trend which doesn’t make you a leader. It also doesn’t take much talent or innovation to chew and swallow a feast in front of the camera and broadcast it to people. Viewers enjoy that because it makes them hungry and it feeds their indulgences, I enjoy watching them myself! You just take a foreign idea from abroad, implement it at the right place and time, and voila! Maybe you are the first to introduce it where you live, but again, it’s an existing idea that you didn’t even re-introduce in any new way. And the same applies to pretty much every so-called idea. If you watch any travel channel with Travel & Food programs, you will notice that those hosting the shows are professional chefs and journalists whose main goal is to explore the local culture and it’s food, and ultimately they go back to their kitchen to implement what they’ve learnt from this experience while ALSO adding their own twist and character to the dish. They are experimenting with the original recipe, and using their knowledge to do so.

In my opinion, you would have more credit if you actually stuck to what you already know and what you are genuinely good at. Don’t be hungry for followers and money.  Either these huge number of followers are unaware and aloof of what they are seeing or they simply don’t care and have become numb to the legion of photos on Instagram. Again, I am referring mainly to Kuwait where I live, and this is what I’ve observed. It’s surprising as well, that with such a prominent food scene, the number of self-proclaimed food reviewers outweigh the quality ones (if there are any!). If you think of food blogging or food reviewing as just a fun and leisurely pursuit, I don’t agree with you. You are just a food enthusiast who loves to gobble up food and photograph it.

News flash! There is more to food blogging and reviewing than eating 🙂