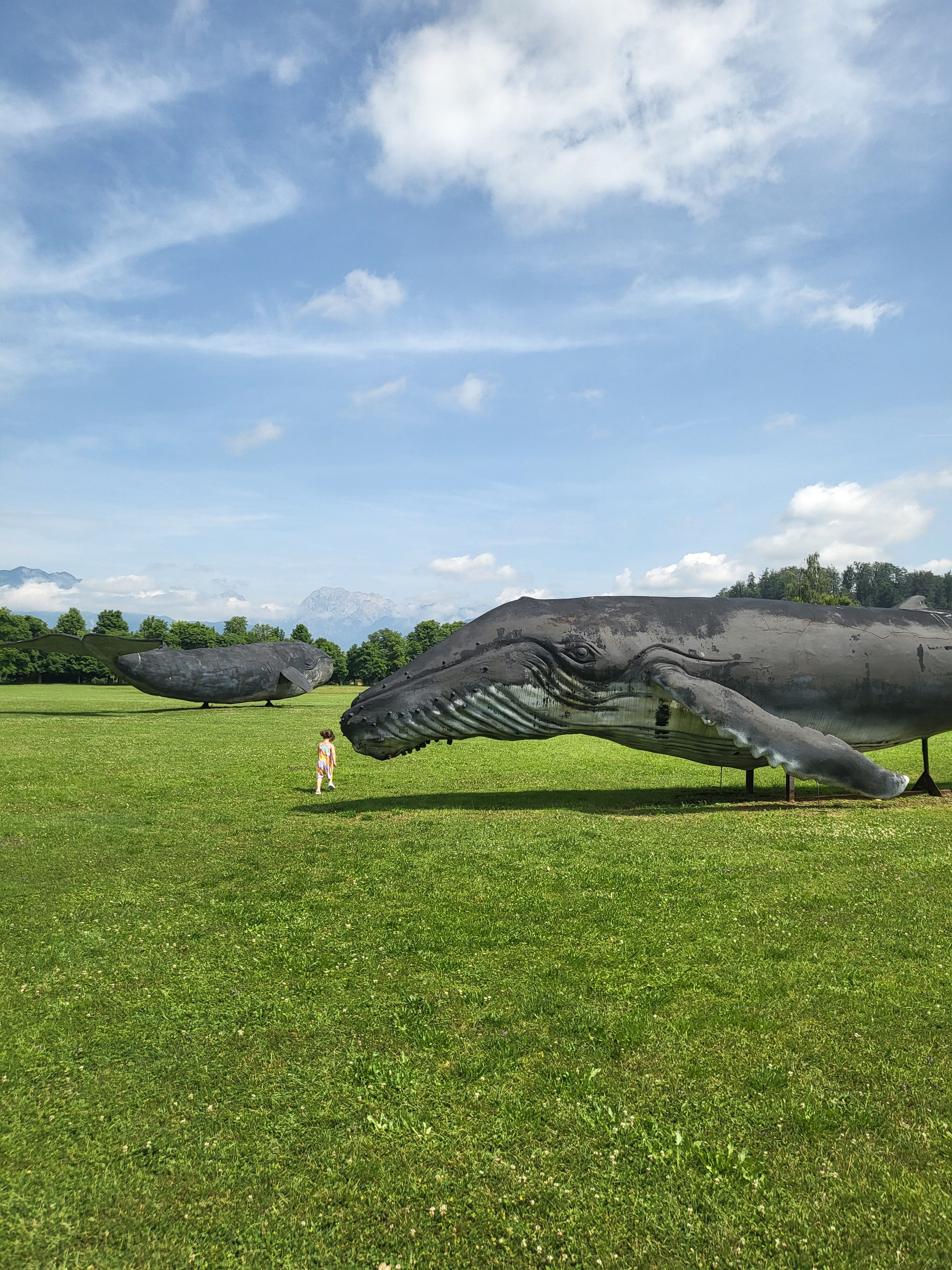 Eighty-five hectares in size. Volcji Potok is a stunning public garden of various species of trees, flowers and plants around the world as well as plant “nurseries”. The garden is located in Slovenia – the third most forested country in Europe.

Even though we frequent Slovenia (aka former Yugaslavia), this was my first time stepping into this vast botanical garden. I felt I was in a mythical fantasy scene in Zelda, due in part to the park’s magnificent, towering trees of all kinds and pristine plains where one can run through freely with arms wide open.

The garden is incredibly lush and it was a slow day, so there was absolutely no rush walking – which is how it is meant to be enjoyed. The parks are inspired by both English and French styled gardens.

There is a wonderful playground for kids, and I loved how it all intertwined into the surrounding nature. There are treehouses with slides, mazes that lead to a wooden tower, lakes with ducklings and catfish, a dinosaur area and other fun, giant real-life sized models of animals such as whales that were integrated interestingly into the landscape.

As we walked along the gravel trails, I was in awe of the beautiful trees – all individually labeled with their Latin names. There was one tree that rung a bell and it was the Gingko Biloba tree. This is one of the oldest living tree species in the world. It comes from an ancient group of trees that date back to before dinosaurs roamed the Earth. We’re talking a tree that has survived millions of years, it’s literally a living fossil! The tree is used for a range of medicinal purposes as well.

In April, the tulips were in bloom. In June, we were lucky to see the fully bloomed rose garden in the botanical garden. We spent time admiring all of the different kinds of roses and I felt like I was in an enchanting ancient Roman garden or one from a 19th century period. I loved how each rose had it’s own sweet distinct scent giving ode to meadows, honey and fruit. We had to be sure we weren’t sniffing into a flower with a busy bee though! My daughter ran enthusiastically from rose bush to rose bush taking in a whiff of their fragrances.

We also passed by a pond with catfish. It was funny how they swarmed towards us with their hungry gaping mouths surfacing from the water.

That wraps up our visit to the garden. It’s one of those places that can be treated like a day trip, as you can spend hours wandering it’s path and trails. Mind you, we arrived in the early morning and left by around 5pm and still didn’t cover the entire area!

You can read more about my past trips to Slovenia here 🙂