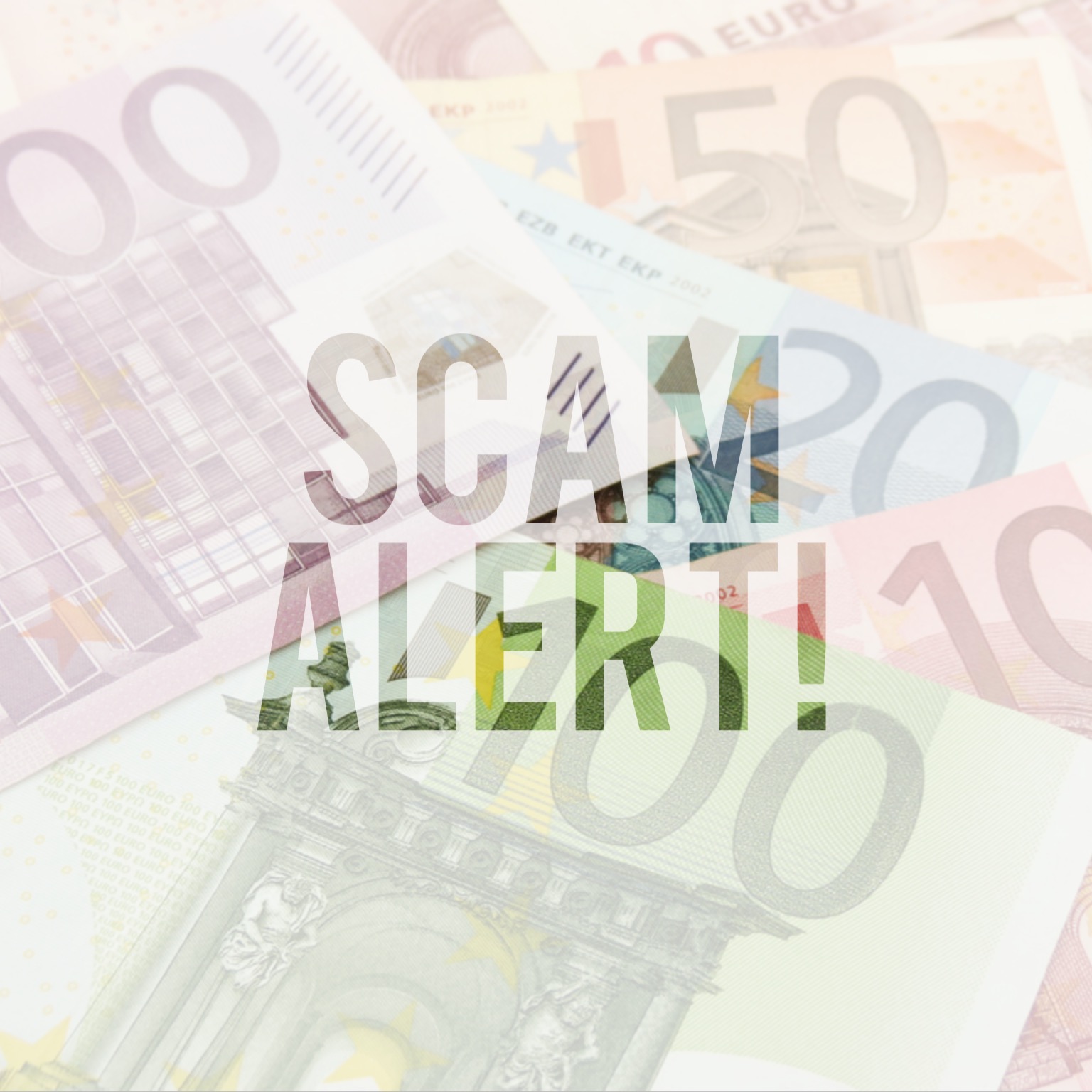 During my amazing trip to Singapore, we had a nice overdose of shopping and malls. There was one incident that I would like to share that occurred on my trip, which taught me a good lesson.

One day we were at a mall doing some shopping. We walked past a kiosk called SEACREST that sold beauty products. I hadn’t heard of this brand before. An Asian saleslady handed me a sample of body lotion, and I gladly took it (BIG mistake). Before I knew it I was lured in by another olive-skinned sales lady who took me by the hand telling me “Come here, I’ll show you something amazing.”

Being the naive girl, I was intrigued and followed her. My brother, sister-in-law , and her sister, stood by the sink while the sales lady applied some “sea salt” product on our hands and made us scrub them. As we washed it off she said, “see how smooth your skin is? It’s like baby skin!”. And it really was. We were enticed by the product and all three of us girls decided to purchase it. Then, she decided to let us try another product. She asked if we could lend her  5 minutes of our time. We were starving and my brother was slightly irritated and told her that we had to leave. She still insisted repeatedly and said it would be quick, until we reluctantly agreed.

It took longer than 5 minutes, and my brother ended up leaving, and shortly after that my sister-in-law left too. I tried to escape as well, but failed. It was just Nora (my sister-in-law’s sister) and I left alone. She introduced a “mud mask” to us and began demonstrating it. But before doing so asked us what products we used on our face. I told her I use Mac facial cleansing oil. She fired back by saying how could I be using such a product when my skin itself is oily (are you even a dermatologist?)  Well, miss, if you actually cared to read about the benefits of oil cleansers, you would know that other facial cleaners can be abrasive and strip the natural oil away from your skin, while oil cleansers help maintain your skin’s moisture and keeps it healthy. She told us that the products we were using weren’t doing us any good and pointed out flaws on our skin that were not even there. Some salespeople try too hard  to sell their products and will do whatever it takes to find any excuses to do so even if it means making you feel insecure so that they can obnoxiously tell you that their  “products” will help you solve your problems. She vouched for a product that promises to do “miracles” for our skin. As she applied the mud mask on our wrists (which was supposed to be left on for 5 minutes) she claimed that for better results we had to wait 20 extra minutes, during which she used that time to brainwash us into buying some more products. The mud mask already began to feel tight and very dry on my skin after only 3 minutes!

“This mud mask penetrates 5 layers of your skins and sucks out all the bacteria from it,” she said. It later occurred to me that our skin has only 3 layers, and how could a mud mask possibly penetrate all those layers of skin? (now I know for sure she was no dermatologist). They really do take their customers for fools. It was already an alert for us to get the hell out of there ASAP. After the mask was done, we were told that it was a 3 stage process and so we had to finish the last step for an effective result. We were already getting fed up and were desperate to leave but she latched on to us and wouldn’t let us go. The final step was the application of the moisturizer. She asked for our wrists again and applied the cream, showing us how fast it absorbed into our skin. The cream was still visible on my wrist and her reasoning was that I had “thicker” skin than my friend’s, that’s why it took longer. Seriously? What drivel! Or maybe you just applied a tad bit more cream on my wrist?

After that, she walked up to a cupboard and got out a box set of all three products and offered it to us for a price of some 300 Singaporean Dollars.  When something is too good to be true, it probably is. We told her we needed time to think about it and would come back later. This is when it all begins. She became very pushy and told us that today was the last day of the promotion (by the way, they say it’s the last day everyday).  She claimed that the real price of the set was much more expensive, but she was giving us a discount. Still, we were not ready to pay the reduced price. We decided to get the mud mask for now and test it out first before buying the entire set. She continued to push us to buy the whole set and  showed us that there were only two boxes left and we were the last customers. We were still hesitant. She paused and looked annoyed,  then went further by saying that she is about to do something special just for us by calling her boss/manager and asking for a special discount because she “liked us”. Do not fall for any of this nonsense. She dropped the price so drastically that it was immediately obvious that it was scam. Moreover, there is no fixed price list displayed on any of the products they have, as though they make up prices on the go.  At this point, the woman became aggressive and coercing us to purchase the box set. She just wouldn’t let us go! Forty-five unbelievable minutes later we finally got out of there with only the mud mask and salt scrub in our bags. All the stores had closed down around us (it was 10 pm), and we left feeling angry that we wasted so much time.

Once we reached home, my brother asked us how much we paid for the “salt” scrub that all three of us had purchased. We felt ashamed of ourselves. My brother made a quick search on the brand only to find out that the products we bought were 50% or more cheaper on Amazon than what they initially charged us (even after that so-called discount). We got scammed big time! We delved deeper on the matter, and after a good amount of research found tons of blogs and news articles surrounding the issue. It turns out that these beauty and cosmetic businesses are run by a network of Israeli salespeople who scam their customers.

SEACREST products use minerals from the Dead Sea and their sales people are an Israeli mafia of professional scammers. SEACREST is not the only branch. There are many more similar ones like OROGOLD that use gold flakes in their products and other much more expensive brands that sell DIAMOND-infused cream all of which are under the same umbrella. They are scattered EVERYWHERE starting from Singapore and all the way to China, South Africa , and other countries. They use aggressive and intimidating (sometimes even seductive) sales tactics to manipulate people into buying their overpriced products that are not even supposed to cost the amount they demand.

It doesn’t stop here. On another day, we went to a high-end mall and happened to walk past another beauty store this time, not kiosk. You could immediately tell that they were the same mafia. I spotted two salesladies busy with their “victims”, and one of them looked very familiar to me. She turned out to be the same saleswoman that sold us the sea salt and mud mask, but in an entirely different mall and store, despite her telling me that I would always find her at the kiosk should I have any concerns. It seems to be that the sales people escape and shift to other malls so that you do not find them again in case you decide to come back and complain. In the cases I’ve read online, some of the salespeople working there use an alias so that nobody can identify them. I don’t know how much of this holds true, but I wouldn’t be surprised if this was actually the case.

I learned more and more about their criminal business as I read hundreds of complaints from customers around the world about these Dead Sea kiosks, who ,shockingly, all went through the exact same negative experience.The dialogues were even almost identical to what I heard, as though they follow a script of some sort. Based on the experiences I’ve read, many claimed to have been promised a refund before purchasing the product, but their tactic is to give you the receipt and stamp “no refund” once you have paid for everything after which no refund is accepted. Seeing that pretty much all the people who wrote those online complaints had the exact same experience, I came to realize that I’m not the only one and many others have fallen prey to these manipulative techniques that they use on every customer. All of this came to be known as the Dead Sea Sales Scam.

I cannot believe that they have not been kicked out of malls and are still permitted to do these deceitful sales. They were already reportedly banned from opening their businesses in some states in the U.S because of their illegal and suspicious marketing strategies. Many people are being sucked in to this scam and are willing to pay a lot of money for something that is much cheaper in reality. I gotta admit, they are so good at what they do that it is hard to say no and turn away without buying anything.

No matter how good their products are, their business practices are not acceptable and are damaging to their image and even the country they represent. For that, they do not deserve any recognition for their brand. A sales approach that is based upon lying to customers is unethical.

Ever since my experience with this scam, I evaded every one of their kiosks and sales people. Sales men and women dressed in black uniforms would try to lure us in again by waving their samples in our face and looked insulted when we gave the the cold shoulder and continued walking our path, as if they had succeeded in luring in every person that walked by and found it surprising that someone would dare to ignore them. Just say NO! And refuse to take that sample because that’s where it all starts. OR you can play along for fun and waste their time only to say you do not want to buy anything! 🙂

I felt disappointed in myself for being tricked by them and falling into this trap. But on the upside, it was my first time to have been exposed to such an experience and I did learn a good lesson. If it wasn’t for this experience, I would not be wary of such things and would get scammed elsewhere. Awareness and attention to their deceiving tactics must be raised, and the same goes for any salespeople trying to trick you. Inform yourself about these companies and be aware that there are SCAMMERS like these out there!